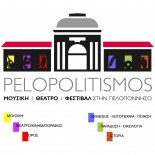 Cretan born and raised in the early ͚80͛ s Konstantinos Tsifetakis a.k.a. No Rabbitz discovered his perpetual love for music as a teenager and immediately started getting involved in local radio stations while orginising his first events with guests from all over Europe.

With that being said, No Rabbitz today is if not the best, one of the biggest exports of Crete in electronic music. No Rabbitz has a particular love for music production. From an early age he experimented by taking courses of lyre and trumpet. His first release came in 2003, in collaboration with Invitro, which was included in the collection ͞Psychedelic fields͟ from Starsound Records. Then came the release of his first vinyl EP ͞Gang Bang͟, from Rhythmetic Records of Cj Jeff, with a remix from Adaptor and the German DJ/Producer Tom Clark. Up until today he͛ s released numerous EP͛ s and solo tracks on respectable imprints such as King Street Sounds and Mile End.

In early 2009 the popular DJ/Producer created the most famous of all his projects ͞Out Of Home! Go To House!͟ a mobile brand that has travelled him across various cities of Greece and abroad, spinning some of the hottest Clubs/Bars such as Audio (Brighton, Uk), Shoosh! (Brighton, Uk), Soda (Salzburg, AU), Mint (Serbia), Cariocas (Greece), Dybbuk (Ath), Mamacas (Ath), Sixx (Ath), Animal (Ath), The Real Rock n͛ Rolla (Thessaloniki) sharing decks with well respected Dj’s and Producers, such as Nina Kraviz, Matthias Tanzmann,Miguel Campell, Hot Since 82, Sharam Jey, Balcazar & Sordo,Thomas Gandey, Russ Yallop, Konstantin Sibold, Ninetoes, And.ID and more. In April 2014 another one of his dreams came true, by creating his own Label with his close partner, Vynal K, under the name ͞Out Of Home! Go To House!͟ Records.

2016 started with the best omens for No Rabbitz as their latest EP with Vynal K “ Studio Nine” released by Audiophile Deep (USA) skyrocketed at the 15 th place in the TOP 100. With a release plan on top labels like Hall Of Fame Records and Trojan House followed by a gig schedule including USA and UK appearances, this year seems like very promising already and a time to achieve new milestones and set bigger goals.